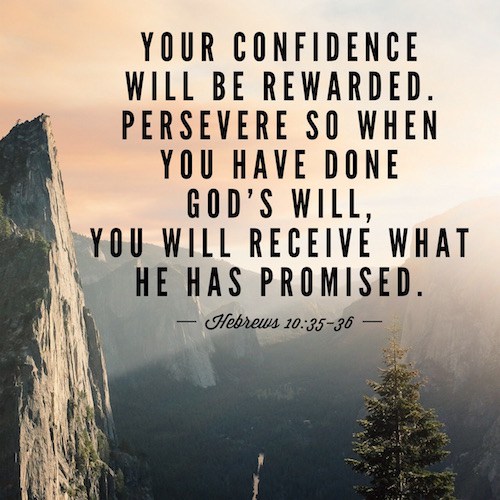 The scene at the White House was touching.  The President invited his VP to come for what he thought was a personal visit in the final days of their administration. In a surprise ceremony, a shocked and tearful Joe Biden was presented with the Presidential Medal of Freedom, the nation’s highest civilian award.

It was moving to watch. Biden was a Senator since 1973, and Vice President since 2009.  A genuinely likable man, amiable and talkative, he has become a beloved part of the Washington scene. Like his policies or not, you have to admire his service, especially given the personal tragedies he has lived through. He lost his first wife when he was just 30 years of age and two years ago his oldest son died. He has served well.

I am inspired by stories of people who do their job, stick with something to completion, through all of the up’s and down’s of this thing we call ‘life.’  We are tempted to chase excitement, go for the money, or quit when things get tough but those who find the richest rewards do the ‘ordinary’ stuff – showing up, working hard, loving their family, and serving their God – year after year.

In his book, Ordinary, Michael Horton writes about a common urge to do some great thing, to find some great experience of Christianity, when in reality there are opportunities to discover and serve the Lord all around us.  “Taking a summer to dig wells in Africa is, for some, a genuine calling. But, so is fixing a neighbor’s plumbing, feeding one’s family, and sharing the burdens and joys of a local church. What we are called to do every day, right where God has placed us, is rich and rewarding.”

When the nation of Israel was forming out of a motley band of ex-slaves, Moses found the task of leadership overwhelming until he brought some gifted and faithful people to serve alongside of him. One of those men was a young man named Joshua. For 60 plus years, Joshua showed up, led faithfully, honored God, and lived in faith. When Moses died, he became the leader of the nation with the challenge of taking them into the Promised Land and leading the battles for conquest.  He did that well, too.  Knowing that his death was approaching, he called the nation’s leaders together to give them this charge – ““Now fear the Lord and serve him with all faithfulness. Throw away the gods your forefathers worshiped beyond the River and in Egypt, and serve the Lord. But if serving the Lord seems undesirable to you, then choose for yourselves this day whom you will serve, whether the gods your forefathers served beyond the River, or the gods of the Amorites, in whose land you are living. But as for me and my household, we will serve the Lord.” (Joshua 24:14-15, NIV)   His epitaph underscores the power of a faithful example in leadership. We read that “Israel served the Lord throughout the lifetime of Joshua and of the elders who outlived him and who had experienced everything the Lord had done for Israel.” (Joshua 24:31, NIV)

Go steady on, friend, letting your life, more than your words, point the way. Set aside the need to find the next BIG thing. Refuse to be captivated by the ‘revivalist’ ideas of Christianity. Reject the call of charisma that promises some revelation at the feet of a religious superstar!  Instead, serve the Lord, with gladness, in your home, at your place of employment, and in the local church where you can form deep, rich, and lasting partnerships for the work of the Lord.

Here is a word from the Word.  Ponder the call from the Spirit. “So do not throw away this confident trust in the Lord. Remember the great reward it brings you! Patient endurance is what you need now, so that you will continue to do God’s will. Then you will receive all that he has promised. “For in just a little while, the Coming One will come and not delay. And my righteous ones will live by faith. But I will take no pleasure in anyone who turns away.” But we are not like those who turn away from God to their own destruction. We are the faithful ones, whose souls will be saved.” (Hebrews 10:35-39, NLT)

Leaning On The Everlasting Arms

I am a follower of Jesus Christ. I am a Dad to Jay, Sean, Christine, and Maribel. I am a Pastor at Faith Discovery Church. Jerry D. Scott View all posts by Jerry Scott

1 thought on “Steady, Pointing the way”