A Stranger in a Strange Land 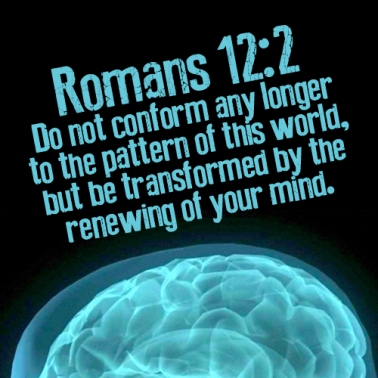 “I don’t understand the world in which I live anymore,” I sighed. It is not a joke. America has changed. The ‘majority’ culture, based on shared values about life that are largely derived from the Bible, is evaporating, being replaced by a secular one that has no meaningful place for ‘God,’ especially One who came to us and showed us His face in the Person of Jesus Christ.

Russell Moore, in his book, Onward: Engaging the Culture without Losing the Gospel, tells of a conversation with a politically progressive, atheist lesbian woman. She was curious about evangelical Christians and they had a respectful discussion of core Christian beliefs and practices. She told him that he was the first person she had ever met who thought that sex belonged only in marriage between a man and woman. At the end of the conversation she said, “So, do you see how strange what you are saying sounds to those of us out here in normal America?”

Normal America is not what it once was. Do not stop reading because you think that this is a sad story of an old man who is longing for the ‘good, old days.’ Not here, not me. The myth of a “Christian America” is largely that – a myth. What is true is that the basic values that formed this country: honesty, monogamy, fidelity, thrift, industriousness, responsibility, and respect for individual rights – were and are drawn from the Scripture. Life was framed by the assumption that we came from a Creator and that when this life was over we would return to Him.  Even those who had no real knowledge of God were affected by the assumptions that formed the world they lived in. That world view is still existing, but not for long given that those who shape our society discarded even the forms of Christianity long ago.

So, how do Christians respond to this shifting culture?

Some are angry, ready to engage in culture wars, to use every lever of power to try to hang onto what once was.

Others are afraid, in full retreat, concluding that the best way to ensure the survival of Christianity is to live inside of an isolated sub-culture.

Many are trying to ‘accommodate’ by rounding off the edges of their faith to make Jesus more acceptable. The Cross is taken off the church walls. The call to holy living is unspoken. The urgency of evangelism is replaced by the hustle of a ‘health and wealth Gospel.’ The promise of both Heaven and Hell are replaced with finding ‘your best life now.’ A thin veneer of “Jesus” is laid over lives that are, for the most part, indistinguishable from those of unbelievers.

I believe that this time of sifting is a gift from God that will bring about a revitalized, robust faith. Will there be fewer numbers in our churches? Certainly! Will we enjoy the same kind of benevolence from government authority that we have had up to this point? Most likely not. Will trusting Jesus have a real cost in terms of rejection of friends, family loss, and perhaps even persecution? I think it will, within a matter of a few years. But, just as God used the exile in Babylon to reshape the Jewish nation, to preserve His Word and people in new ways when they returned to Jerusalem a generation later, I believe He will use this ‘loss’ to bring the Church back to Christ and His Cross, to hope in eternity, and to the Good News of the Kingdom of God.

Jesus describes His followers as ‘salt and light,’ engaged with the world in which they live as a preservative and flavor, yet as distinct from that world as light is from darkness! We need to study the opening part of Matthew 5 in depth, seeing how Jesus’ description of the ‘blessed life’ is much at odds with what we have made it. Here are those words. Read them thoughtfully. Ask, “am I finding true joy this life, or doing all I can to avoid it?”

“Blessed are the poor in spirit, for theirs is the kingdom of heaven.
Blessed are those who mourn, for they will be comforted.

“Blessed are you when people insult you, persecute you and falsely say all kinds of evil against you because of me. Rejoice and be glad, because great is your reward in heaven, for in the same way they persecuted the prophets who were before you.” (Matthew 5:3-12, NIV)

May Jesus’ love and beauty so fill us that the radiance lights our dark world. Amen.