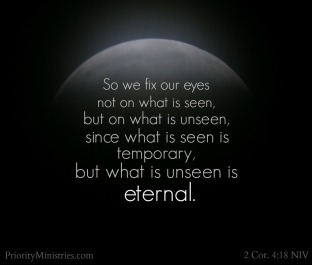 Monday was a tough day, exactly 2 months since Bev died.  I made my way to Texas, there visiting my daughter and family. Seeing her triggered grief; deep, hard sorrow.  As I lay down to sleep that evening, I was angry with the Lord and prayer came from a cold fury. “So, Father (tone is sarcasm, not endearment) You have surely been a comfort to me today. Are You listening? Do You even care?” The implication of those words was that He owed me something different than what I have found: a living wife, not a dead one, a healed wife, not one in His heaven.  I would be lying if I said I heard an audible voice, but I do believe He placed a word in my heart. It was simple and profound – “I suffer, too.”

In an era when so many Christians want only victory and nicely summed up answers, the Bible takes us to the awfulness of the Cross to explain God’s response to evil, sin, and brokenness.

The answer comes to us in His choice to suffer.

Isaiah saw the mission of the Messiah and described it this way: “He was despised and rejected— a man of sorrows, acquainted with deepest grief. We turned our backs on him and looked the other way. He was despised, and we did not care. Yet it was our weaknesses he carried; it was our sorrows that weighed him down. And we thought his troubles were a punishment from God, a punishment for his own sins! But he was pierced for our rebellion, crushed for our sins. He was beaten so we could be whole. He was whipped so we could be healed.” (Isaiah 53:3-5, NLT)  God entered into His creation, born a baby to Mary, lived in the real world, felt hunger and pain, and ultimately suffered an ignominious death on a Cross. What an inglorious life – at first glance!

Our God allows us be fully human, gives us freedom to choose, and even when our choices -as well as those of a sinful world- are crushing us, He does not rush in to change everything. Instead, He comes to stand alongside of us, offering to lead us to wholeness, to engage with us, to suffer.  And somehow in all that, we are transformed.  By the Cross, we are lifted and in the hope of the Resurrection we learn to live with tears, while we hope for the moment we are revealed as eternal children of God beyond the reach of pain. Our wise Father knows that we could never be who He desires us to be, we would never love Him as He desires us to love, we could not grow into mature saints without fiery trials.

Thus, He does not always send a lamb in thicket to save us from the altar, as He did Isaac. (See Genesis 22:14) Sometimes He leads us to a cross where we die to Self, to this world, so that we can be raised.  There simply is no Easter without Good Friday, no celebration of an Empty Tomb without a Full Cross!  Meditations on the Cross are so gruesome, so unpleasant, so bloody awful – we want to rush on quickly to the Resurrection, but we must not.

In our time of instant everything, the development of the character of Christ through suffering is not a theme that is much preached. We like the miracle stories, the crisis moments that bring quick conversion. But, mostly our God prefers to let us walk among sinners, just like He did and does.

Yes, Christian friend, there is meaning in my path. I do not like it! There is purpose in the tears, though I am not filled with pleasure in the discovery. But, as He leads, as I accept the Comforter (the Holy Spirit) I will find “green pastures, quiet waters, and a restored soul.”  (Psalm 23)

The way of discipleship sometimes descends into darkness, leads occasionally through searing pain, does not evidence great triumph in every circumstance, but the disciple who humbly seeks is always led by the Spirit as he is ‘made into the likeness of Jesus.’  God’s ultimate desire for us is not blue skies and untroubled minds. It is that we would love Him more than life itself and find our Hope in His embrace.

So, in the middle of Lent, the season of suffering before the Victory, here is a word for suffering followers of the suffering Savior.  Jesus “being in very nature God, did not consider equality with God something to be grasped, but made himself nothing, taking the very nature of a servant, being made in human likeness. And being found in appearance as a man, he humbled himself and became obedient to death— even death on a cross! Therefore God exalted him to the highest place and gave him the name that is above every name, that at the name of Jesus every knee should bow, in heaven and on earth and under the earth, and every tongue confess that Jesus Christ is Lord, to the glory of God the Father.” (Philippians 2:6-11, NIV)

God lead us to the Cross and walk with us to give us steadiness and comfort so that we will not lose heart, grow weary, or give up.  For Christ’s glory. Amen